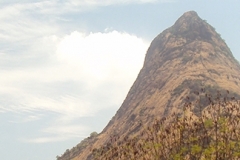 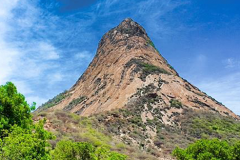 According to the reference from the ancient history, the duration of  the lives in the world are categorized under four period of  Yugas such as Satya yuga, Treta yuga, Dvapara yuga and finally the kali yuga ,in which at end of each period all the lives on the earth will be  demolished. Some vedhas also gives some reference  that the energy of good vibes which is considered as a god in those days, will demolish himself and again will give a rebirth to himself once again to build up the lives`in the earth. During this period, vedhas says that two of a saint among the Sabtharishis, who is named as Kagabajendra and Ganapathy had rebirthed themselves   as a crow and stayed alive as an ambassador to a god to regenerate the new world because of  the former demolishment. There is also a small cave temple situated in the top of the hill for Kagabajendran sage.

As like to hear something straight from the horse’s mouth, there is also a proof that the Saint Kagabajendra will visit the temple to worship the god in the form of a mild storm during the dusk. This storm starts from the footboard that is from the bottom of the hill and ends when it enters the temple and lasts for two seconds and leaves by.

A very wonderful Rock cut Temple on the top where Lord Shiva showers his blessings.